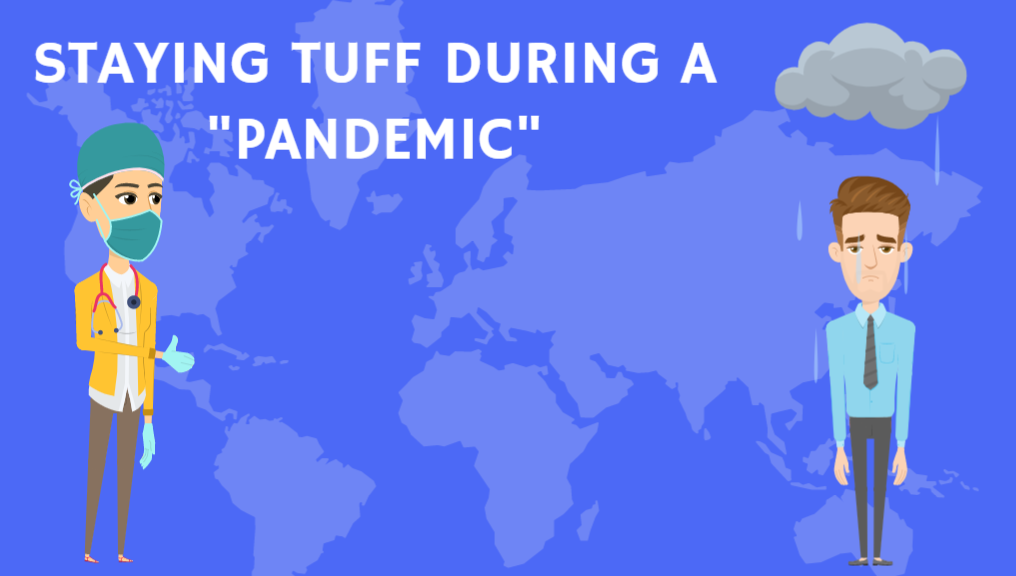 Let’s get something straight here…

The media has been having an ABSOLUTE FIELD DAY with your misery.

Get real with yourself… we all know it– Lies, Doubt, and Gossip makes for great content. And while everyone is focused on being politically correct- nobody is actually asking- are we being effective about all of this? That’s the real question.

That’s the point of today’s post. I want to address the COVID-19 virus, the Corona Virus (sorry Grupo Modelo Brewery), the “black death” of the modern time is what the media will have you believe. I want to dispel this myth and hype fest. Then I want to get into what YOU AS AN INVESTOR, and YOU AS A BUSINESS OWNER, can do about this to come out better than before. So skip through the article if you’re just looking for the business advice jazz, but lets talk about the actual virus in the first place.

So debatably the smartest person of all time- Elon Musk, has called this whole thing “Wacktivism”… and yeah I agree and disagree a bit with this.

So I agree with what he’s saying here about look here’s a disease that statistically is on track to kill less people than the flu (which lets not forget is going on simultaneously), and we’re letting our “politically correct culture”, drive a market into a panic. It’s pretty wack in that regard….

But you most likely have been hearing stories about how bad this thing is– and hospitals have to figure out who they’re actually going to treat because they’re beyond normal capacity and yada yada yada… so yes it makes for really attention grabbing news– and the more you hear about these things the more you want to watch it.

What I disagree with though is that you know, tell that to somebody who’s grandfather just died from this disease, right? Now I’m not a doctor, I’m just going to share what I’ve personally learned so far, and I leave it to you readers to double, triple, quadruple quality check me but- COVID seems to be pretty contagious from what I understand because of a mutation similar to HIV. 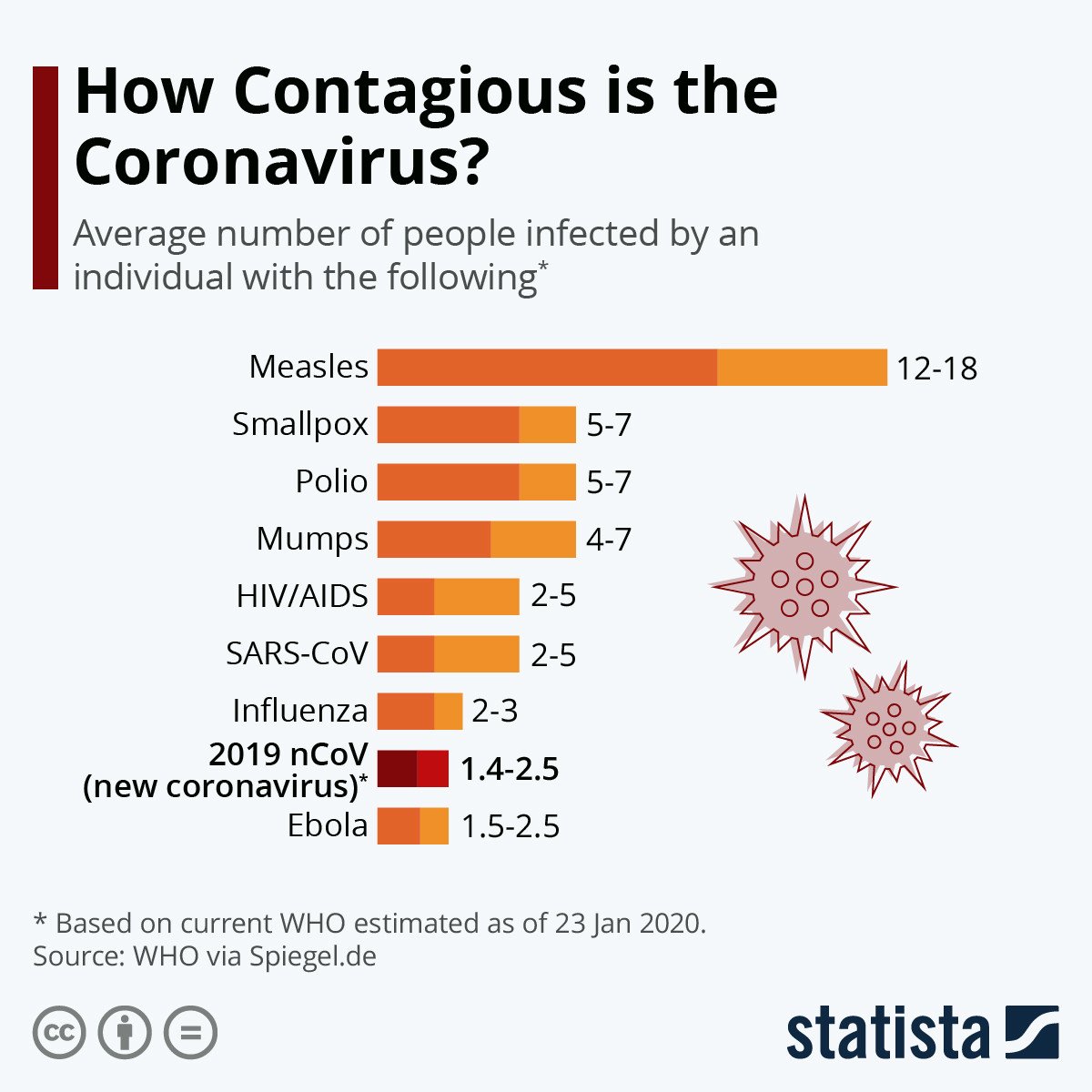 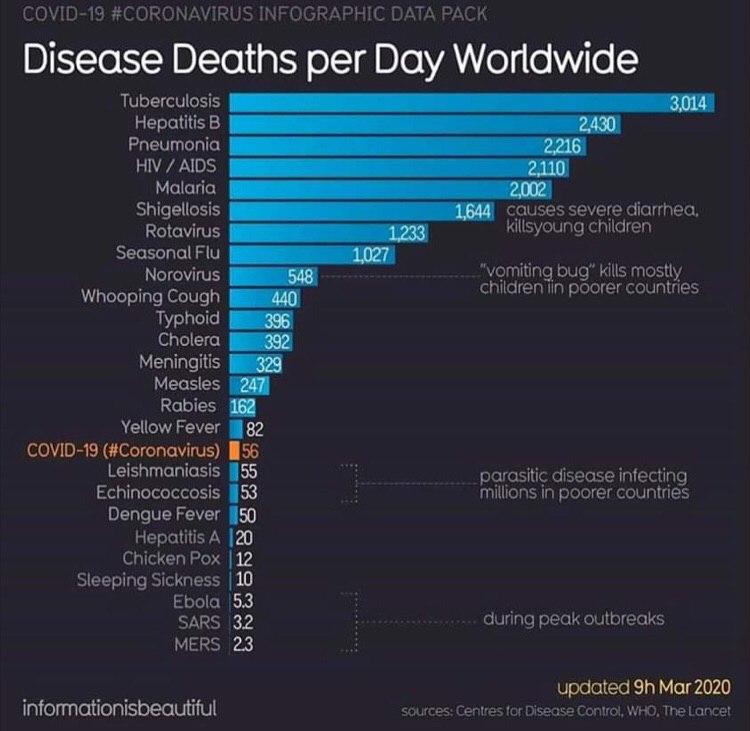 Mutation Like HIV? And Wait- Fatalities are Low and Contangious Rate is Too…. Why Are We Quarantining Than… is it Really For Elderly?

So I personally am not the biggest fan of the governor of New York, but I have to admit, he is doing a really great job at responding to these issues. Now the linchpin of this all, why are we quarantining, is because all you have to do is really be around someone and this gets spread through the air.

Additionally the virus seems to live at least 9 hours in the air, and we’re not actually sure HOW HIGH the contaigous rate is upon initial infection…. Let me explain more…

HIV is a disease that actually has a relatively low rate of infectious chance normally. HOWEVER, upon initially contracting the disease theres actually a massive UPSURGE of “viral load”, meaning that you’re usually around 300% more infectious in the first 2-4 weeks when most people are experiencing flu like symptoms. In fact around 10% of HIV infections is due to someone spreading it during this time.

Now this is just an example, but that’s also the question… Although we know NOW the standard sick person is at 1.4-2.5%, how infectious are they when they ARENT showing symptoms?

Next the mutation that I mentioned when it comes to COVID has to do with the pathology of the disease. I’ll keep it simple, but sweet- the virus has an amazing ability to stick to cell membranes and get pulled directly into the body. Similarly to HIV.

Now all this said it still doesn’t seem like it should add up… is everybody just freaking out over this?

I’m not trying to sound dark, but I am making a point that the goodish news in all of this is that at least there seems like your children are safer than everyone else– again tell that to someone who just lost someone though. 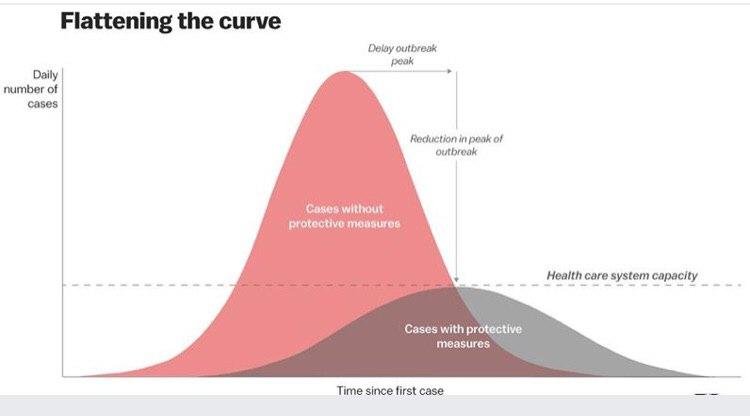 What it really is, is it’s not actually about ANY age group… it’s about ALL age groups… The one thing on the list above people are actually neglecting is actually kind of obvious… it’s literally only because we don’t have enough respirators to treat EVERYONE who needs them REGARDLESS if its tuberculosis, whooping cough, etc… and this brings in a horrible moral dilemma… well… who DO you pick to die? NOBODY wants to make a choice like that.

Additionally the added pressure from a SURGE of illness would virtually break the effectiveness of our medical industry. So people might not be dying from COVID, but they might die from say– not getting treated properly because the staff at the hospital is overworked.

So what are we doing to prevent something like this in the future?

A lot of good will come out of this…. rest assured….

as for now it’s basically a natural disaster. You see something similar actually happened in late 2017 but you just didn’t notice. So 75% of the worlds IV bags were made in Puerto Rico… all it would take is a hurricane to cause a shortage, and thats exactly what happened when Hurrican Maria hit on September 20th.

The result of this horrible small shortage… where clinics were paying 600% markups just to treat their patients. What happened then was a creative solution was made between Mexico, the US, and Puerto Rico to figure out how to avoid this issue, and since it was only a passing storm they were able to rebuild the factory virtually immediately and get back to production.

As of now this is a black swan event, something that truly only happens once every 100 years or so…. Will this be a quick fix just like the factory? NO. But this is probably the ultimate litmus test in determining how we can solve these shortages of equipment for people WHO DO NEED THEM (people with conditions- regardless of age)… and we will figure a way to make that happen by crook or by hook.

So what is happening to the stock market then? Will it get any worse now?

YOU NEED TO SNAP OUT OF IT….

There is a lot we don’t know about this disease but at this point… we’re actually fairly certain (never say never but I hope so), that this is only potentially 10-15x stronger than a normal flu tops… which sounds like a lot but statistically speaking as long as people actually CAN get treatment, if you are one of those people with an underlying condition, you will still be okay.

People need to realize- this isn’t a bacterial infection like the bubonic plague, this is a virus, and our bodies are well equipped to naturally deal with virtually all of them we get in contact with. To be honest too, there’s also a lot of medical journals out there giving statistics of 3.4%, some lower, I just talked to a cancer researcher friend of mine yesterday, and basically he said, you’re going to see a lot of varying numbers in the beginning of this phase- the truth is these numbers are basically made up because we don’t actually know how many people have it and aren’t symptomatic.

Just honestly let that sink in. We’re aiming HIGH at 3.4% because we’re TRAINING people to be PREPARED for the worst IF…. Understand?

Alright….. so the stock markets… how bad is it going to get.

Honestly, we don’t really know. The best estimates we can give at the moment is the stocks really could drop another 10-20% depending on how government programs work out, right.

The reason why stocks are dropping is pretty simple too.

1) Economys start grinding to a halt
2) Panic sell offs
3) Financial cartels smell death in the air so they massively sell off
4) CNN, FOX, etc strike panic into the market driving down the stocks more while rich people are smiling

** Similarly to how George Soros absolutely lambasted Facebook in the media, and then when he saw the amateurs sell off, he bought back***

5) This cycle gets really enhanced by people who are either “trying to do the right thing”, or simply have their hands tied… right?

Like my hands were tied with this, I had my trip ready starting in Barcelona, then Italy, France, Croatia, Greece… I just cancelled the tour… Why? Because my hands are tied- there’s nothing I can do, Italy is locked down.

In the meantime however this whole situation is really hurting small businesses…. and with the first quarter coming to a close now, you can bet all the lost revenue is going to cause stocks to plunge even more.

We’re hoping in this time that the warm weather slows down the spread drastically- that’s the goal while we work on vaccines. UV light kills a lot of bacteria and viruses so that’s the idea at least. And by this time too, we’ve also done all we’ve can curbing the spread to a level where it’s mangable for hospitals- which ultimately will hopefully then LOWER the mortality rate….

I’m a Small Business, and I’m Getting Crushed, What Can I Do Right Now?

So I’ll just tell you what I’m doing right now…. I’ve been making sales pitches like crazy…. but let me get more in depth with you:

1) Get Rid of the NEGATIVITY

This isn’t hipster advice… when you own a business… you start to take a lot of pride and consideration into your mindset… The news, don’t watch it– the facebook feeds don’t scroll them, the instagram philosophers– ignore them… You need to distance yourself from this and get into a quiet space, with supportive people who understand you… if you have no one- then be an eagle and fly above the storm. I’m fortunate enough to have at least a dozen really hardcore friends that always inspire me.

And I know the reality, I just watched my one friend lose 5 clients and 50% of his sales traffic just today. You know what his reaction was…. oh… LOL… I need to find big ticket clients now.

2) Run TOWARDS the GUNFIRE

I’m looking to see right now– okay what industries are still open… who’s going to be MOST needed in this time of need… who is going to make the most money in this and I’m marketing to them.

For you this might be different, you might have a restaurant, or nightclub and this might be tuff. But start thinking what can I do right now. How can I expand more? Can I reach them digitally, can I offer door buster deals, can we start a “special delivery” service free of charge?

You need to run into the chaos– how can you play with this, be creative… this wont last but your competition certainly will give up before you.

Now is the time to plan… think to yourself, okay when this whole thing blows over, do I have some kind of marketing campaign in place that’s going to make me standout? Just persist, work some angles, figure out what you could do to bring people back in- can you offer a service for 50% off? Can you give 50% more?

Be the black sheep, this doesn’t mean be a doofus- don’t have a “you survived the coronavirus party” where every one can drink discount coronas…. Have a “Reopening party (even if you never closed)” where you serve everything but Corona for 50% off…. (sorry again Modelo Grupo)

What are your thoughts, you have any tips of making the best of this time overall? I’d appreciate hearing from you. Stay tuff.